Six weeks after Jamal Khashoggi was murdered by Saudi agents, the decision-making process in Riyadh is slowly starting to change. Fallout from the assassination in Istanbul has wounded Mohammed bin Salman, the heir to the throne, and given a second wind to an old guard of elders, whose views are once more being heard.

Publicly, the Kingdom’s leaders appear chastened and contrite in the wake of Khashoggi’s gruesome killing inside the Saudi consulate. In private though, senior members of the House of Saud, including the crown prince, are partly blaming Turkey for the global revulsion, which they say could have been contained if Ankara had played by “regional rules”.

Central to the resentment, according to sources close to the royal court in Riyadh, is a view that the Turkish president Recep Tayyip Erdoğan betrayed the Kingdom by disclosing details of the investigation and refusing all overtures from Saudi envoys, including an offer to pay “significant” compensation.

“They say they were betrayed by the Turks,” a regional source said. “That’s where they are in their most private thoughts.”

The extraordinary ramifications of Khashoggi’s death continue to reverberate through the halls of power in Riyadh, where some decisions are now being made away from the ubiquitous crown prince, who Turkey alleges directly ordered the assassination, and has since tried to deflect blame to fall guys, including his most prominent domestic aide. Ankara has been aiming to isolate Prince Mohammed through weeks of pointed rhetoric that has appealed to the Saudi King to rein in his son, and restore more conventional ways of doing business.

The return to Riyadh earlier this month of Ahmed bin Abdulaziz, the sole surviving full brother of monarch, King Salman, has been widely interpreted as a first step in the restoration of an old order, in which decision making was made after extensive consultation among elders. Another senior figure, Khalid al-Faisal, led the Saudi delegation to meet Erdoğan in October, and the King himself – who has taken more of a chairman role since appointing Prince Mohammed as his heir – has been more visible and vocal in meetings, a second senior source says.

“MbS [the common acronym for the crown prince] has had his wings clipped,” the source said. “There’s no doubt about it. He doesn’t have the same swagger, and he’s just as scared of a mis-step as the next guy. That’s a big change.”

In the days after Khashoggi was killed, as the official Saudi reaction shifted from outright denial that it had played a role, to a begrudging admission that Khashoggi had been killed in a fight, Prince Mohammed struggled to comprehend the scale of the reaction – and even the reason for it.

“He was blaming the Americans for betraying him initially,” said the regional source. “He’d seen Abu Ghraib, renditions, death penalties, and he felt comforted by Trump. He could not understand why this was happening to him.”

Since then, western leaders’ once enthusiastic embrace of Prince Mohammed has been replaced by wariness and a view that some of the regional feuds launched in his name need to be brought to an end.

“We saw [US secretary of state Mike] Pompeo talk strongly about Yemen,” said a British diplomat, who like other senior officials contacted by the Guardian, declined to be named. “That was not a ‘we’re working with you’ tone. It was something very different.”

Pompeo on 31 October had demanded a 30-day ceasefire in Yemen, where Saudi-led forces had been fighting Houthi rebel groups, who it alleges are backed by Iran. The US defence secretary, James Mattis, added his voice on Friday, and urged the start of peace talks between Saudi Arabia, the UAE and Iran.

They were the strongest remarks yet by a US official in the two-year war on the kingdom’s eastern border. Also on Friday, the US said it would no longer refuel Saudi fighter jets conducting missions in Yemen – a further sign that Riyadh’s most important ally, and supplier of most of its weapons, is losing faith in the campaign.

The Saudi-led blockade of Qatar is also facing renewed scrutiny, with US officials believed to be newly energised in finding ways to force a climbdown, which would not further diminish Prince Mohammed in the eyes of his critics, or domestic stakeholders. 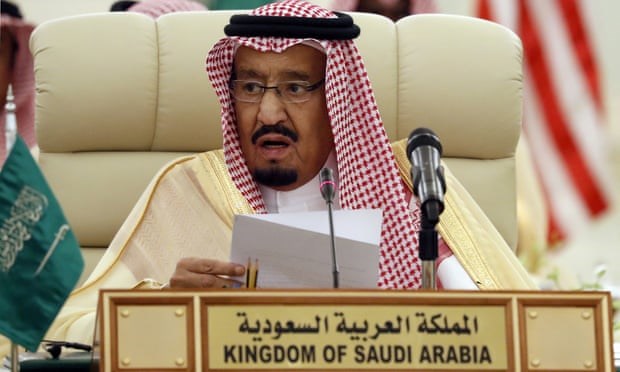 Ankara has appealed to King Salman to rein in his son, and restore more conventional ways of doing business. Photograph: Alex Brandon/AP

There is little appetite in London or Washington for Prince Mohammed to be removed, and Ankara – which is strongly opposed to the Crown Prince, but not at odds with King Salman – is being lobbied heavily by Riyadh’s allies to accept the fact that Prince Mohammed will not be ousted.

A Whitehall assessment is that a risk exists of a slide back towards the religious establishment, revocation of social change and a plunge in the Saudi economy if a palace coup was launched. “It’s in everyone’s interests to find a way forward that world leaders can just about live with,” an official with responsibility for Saudi security policy said.

Erdoğan is understood to remain unconvinced about Prince Mohammed remaining in power. On Saturday, the Turkish leader claimed Saudi Arabia, the UAE, Britain, France and Germany had been given audio tapes that recorded the killing of Khashoggi, who was killed by a team of 15 security officials who had flown to Istanbul and lain in wait for him to enter the Saudi consulate to sign marriage papers on 2 October. Canada’s prime minister Justin Trudeau confirmed Canadian spies had listened to audio depicting the last moments of Khashoggi’s life. Germany later followed suit, in what appeared to be a co-ordinated effort to maintain pressure on Riyadh.

What was recorded on the tapes remains the centrepiece of the case against the Kingdom, and could help answer whether the crown prince himself was incriminated in the conversations. His chief domestic aide, Saad al-Qahtani, was sacked two weeks after the assassination, as was a deputy intelligence chief. Mohammed bin Salman insists he played no role and his defenders have insisted the hitmen over-reached in a bid to please their masters. Intelligence officials in the region, and in Europe remain incredulous at the claim.

Farmaajo to travel to Dhusamareb for talks with FMS leaders

Ethiopia And Egypt In Stand Off Over Nile River Project

National exams kick off in Somalia amid COVID-19 pandemic