A Kenyan-registered Dash 8 cargo aircraft crashed in Mogadishu airport on Saturday morning, there were no reported casualties.

According to an eyewitness, the aircraft, operated by Silverstone Air Service took off from Mogadishu airport headed to Beledweyne before circling back for an emergency landing. The issue is believed to have been with the aircraft’s landing gear.

Pictures from the scene show the plane on the ground just inside the airport area. 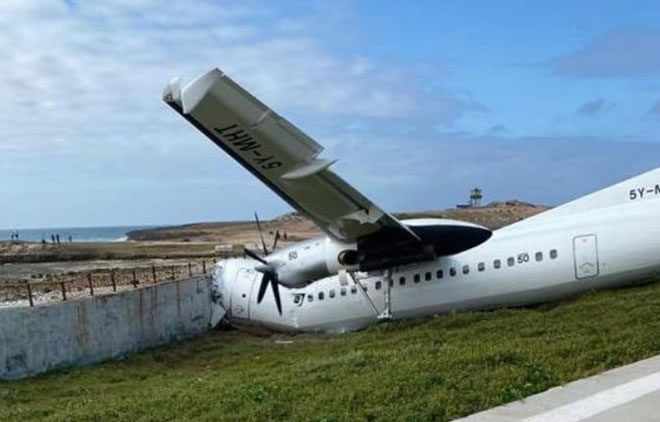 The aircraft veered off and crashed into a concrete barrier during the landing attempt.

One of the two pilots has been evacuated with serious injuries. The other pilot is still believed to be in the aircraft. There are reports that he may have sustained injuries to his lower body.

The crash is the fourth involving Kenyan airlines in accidents in Somalia this year.

Kenya says its envoy in Somalia not received official call to...

The new Somali Minister of Justice thanks Turkey for its contribution...